Leading the Charge: Australia’s Finest and Most Inspiring Athlete Speakers Australia is a nation of sports lovers, so it’s only natural that we look to our sporting heroes to inspire and motivate us. Our greatest sports stars make fantastic motivational speakers and inspirational speakers. They know what it takes to succeed, often under challenging circumstances. Whether you’re looking to organise events centred on health and wellbeing, inspiring school kids or addressing a room full of businesspeople, these speakers can connect with empathy and speak from the heart. They showcase resilience and grit and leave audiences empowered and inspired.

The Commonwealth Games are the pinnacle for many athletes and often referred to as the ‘friendly games’, as athletes from the Commonwealth Nations come together to complete in their fields of expertise. Petria is the Chef de Mission for Birmingham 2022

Find out more about Petria here Anna Meares OAM is considered by many to be the greatest Australian cyclist of all time. After 22 years involved in the sport, she retired the most decorated female athlete in the world with 11 world titles. Anna has taken on the role as Commonwealth Games Australia General Manager.

Find out more about Anna here Katrina Webb OAM is a triple Gold Medal winning Paralympian who turned her disability into one of her greatest strengths.

Katrina has been appointed General Manager for the Commonwealth Games Australian team.

Find out more about Katrina here

Athletes showcase resilience, grit and determination. They push themselves to be the top of their field and embody peak performance.

ICMI are proud to represent these athletes competing at the 2022 Commonwealth Games. Affectionately known as the ‘marathon mum’, Jessica won Commonwealth Gold at Birmingham and is an advocate for mental and physical health.

Find out more about Jessica 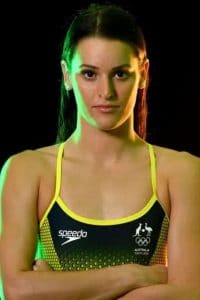 With her first Olympic Games in Tokyo 2020 just behind her, Kaylee has taken home the world record for the 100m backstroke at just 20 years of age. While her professional life takes off, her personal life has been marred by grief. Just before she swam for Australia at Tokyo 2020, Kaylee lost her father to brain cancer.

As an inspirational speaker, Kaylee’s journey spans personal heartache and professional success. Her youth and openness resonate with audiences everywhere. Rohan Browning is the second-fastest Australian of all time. Tokyo 2020 saw him become the first Australian to compete in the men’s 100m sprint in 17 years. Rohan has overcome injury and gone on to become a formidable athlete.

His grit and resilience in this gruelling, speedy race are inspiring and motivating. Harry Garside is a plumber, casual ballet dancer, and more notably an Olympic bronze medallist in lightweight boxing. Harry’s win at Tokyo 2020 marked the first time in more than three decades that an Australian has medalled in boxing at the Olympics and was a historic moment for our nation.

Harry has enthralling insights on how to train outside the box, and is more than happy to answer any questions about Olympic glory along the way. Much-loved by his audiences, Harry is a must-have at your next sporting event. Australia’s first athlete to medal at both Summer and Winter Paralympics, representing Australia in Alpine Skiing and Track Cycling.

After losing over 90% of her central vision at the age of 17 to a rare, degenerative eye disease, she found direction through sport.

Find out more about Jessica Peter Bol’s incredible fourth place in the men’s 800m track final at the Tokyo 2020 Olympic Games had all of Australia on the edge of its collective seat. While he didn’t take home a medal, he did take home his country’s love and admiration. With Sudanese roots, Peter Bol’s family fled violence and civil war to make their home in Australia.

Peter speaks candidly about his journey to becoming the inspirational sportsperson that he is today.

Be inspired by Australia’s sporting legends. Hear their tales of winning gold and learn how their goal setting techniques can be applied to business to achieve success. World athletic champion and only Australian woman to have competed at both the summer and winter Olympics (athletics and bobsleigh).

Find out more about Jana At just 15, Hayley won the hearts of every Australian by winning 5 gold medals at the 1990 Auckland Commonwealth Games.

Find out more about Hayley Steve represented Australia at four Commonwealth Games and in 2021 was inducted into the Sports Hall of Fame for his significant service to athletics as a marathon runner, administrator and mentor to young athletes

Find out more about Steve Find out more about Cathy Australia’s Dylan Alcott is the only male ever to win the tennis ‘golden slam’, having taken home winning titles at Wimbledon, the US, Australian and French Opens, as well as a gold medal in Tokyo in 2020. With his litany of medals and titles, Dylan is the greatest wheelchair tennis player of all time.

Off the court, Dylan is the founder of the Dylan Alcott Foundation, seeking to support young people coming to terms with a disability. His tireless work as a disability advocate and his ability to deeply connect with an audience makes Dylan one of Australia’s premier sports speakers.

Find out more about Dylan 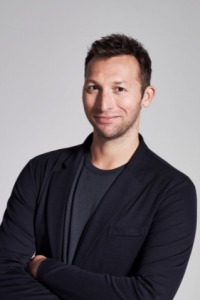 Ian Thorpe AM is without doubt, one of the most successful sports-people Australia has ever produced, with 9 Olympic medals, 11 World Championship titles and 10 Commonwealth Games medals, to name a few.

Find out more about Ian Kurt Fearnley has never let his disability hold him back from achieving his dreams. He has crawled the great wall of china and completed the Kokoda Trail. Born without the lower portion of his spine, Kurt is a three-time gold-winning Paralympian and inspirational speaker.

One of Australia’s premier sports speakers, he talks about his lust for adventure and his drive to work harder and go further.

Find out more about Kurt Olympic Swimming Champion, Kieren Perkins broke numerous world records in his career and was the first person in history to hold the Olympic, World, Commonwealth and Pan Pacific titles simultaneously.

Find out more about Kieren She is one of only a handful of Australians to compete in two different sports – hockey and athletics – at the Olympics.

Find out more about Nova Cate Campbell OAM has been the backbone of Australia’s women’s swimming hopes for almost a decade. Both in and out of the water she is inspirational and is a World, Olympic and Commonwealth Games champion. Cate has represented Australia at four Olympic Games and was part of the 4x100m relay team that set a new world record at the Tokyo 2020 Olympics. As one of the country’s top sport speakers, Cate captivates her audience with her story of sporting success and her drive.

These speakers are some of the best sports speakers in Australia. Their varied experiences, both professionally and personally give them the ability to connect with any audience, anywhere. They speak from the heart and are both motivational and inspirational speakers. A celebrity athlete speaker is a drawcard for any event program and Australians’ love of sport means sport speakers will resonate on a deep level. Contact us today to book any of the above speakers for your next event.