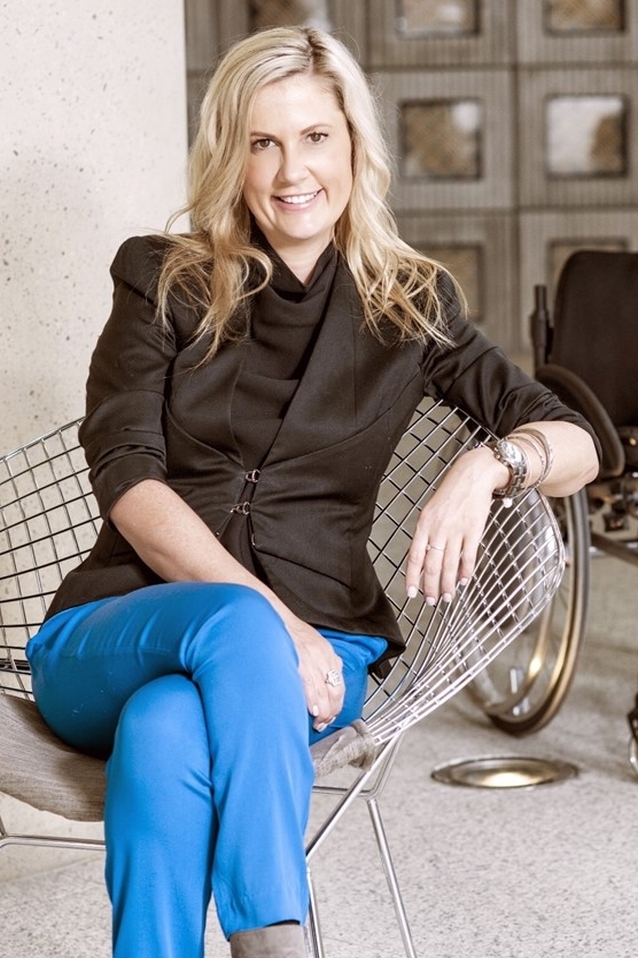 Karni Liddell is a former world record holder, Paralympic swimmer, speaker, TV presenter, “Mama” and clinical social worker. She was born with a neuro-muscular wasting disease and her parents were told that their first-born child wouldn’t walk, crawl or live past her teenage years.

Karni broke her first World Record at the age of 14 and went on to win Paralympic medals at every Paralympics she competed at. She regards being captain of the Number 1 team at the Sydney 2000 Games her greatest sporting achievement.

She has raised over $1million dollars throughout her career for the various disability charities she supports.

She is a presenter for Channel 7 ‘The Weekender’ and is a former talkback radio presenter.

Karni is an Internationally acclaimed and sought after keynote speaker and her TED talk was watched by thousands of people around the world, the only TED speaker on the day to receive a standing ovation.

Karni was a huge hit with all of our delegates. She was also very easy to deal with and was happy to stay around afterwards to speak with them prior to her departure.
Natra

Excellent! Karni's presentation at our Annual Above and Beyond Awards was exceptional. She captivated every member of our audience, and her speech was very relevant to our Corporate Values.Our Chairman and Chief Executive were particularly impressed.Karni comes Highly Recommended.
Ergon Energy

Karni’s speech was from the heart, which was humorous, inspirational and very humbling for all audience members.
St Margarets Anglican Girls School

Karni was fantastic! The feedback from the young women who attended our Gala was incredibly positive. We all enjoyed her enthusiastic and engaging speaking style, and of course the incredibly inspiring story of her life so far.
Intercept Youth & Family Service