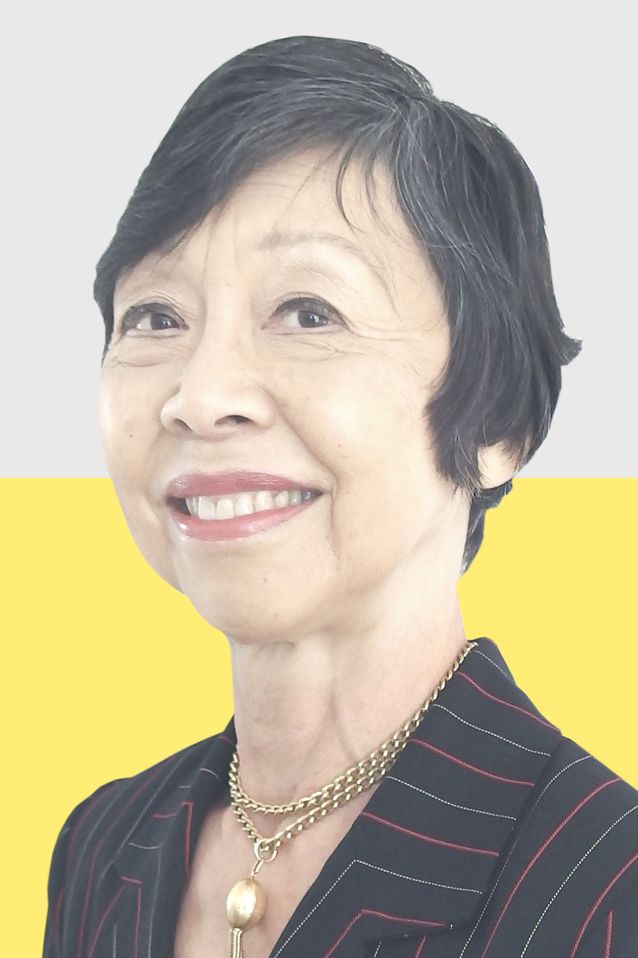 Helene Chung is a pioneer journalist who broke racist and sexist barriers to become the first non-white reporter on Australian television and, as Beijing correspondent, the first female posted abroad by the ABC.

The Hobart-born Chinese Australian is author of Shouting from China, Gentle John My Love My Loss, Lazy Man in China and Ching Chong China Girl: From Fruitshop to Foreign Correspondent.

An honours graduate with a Master of Arts in history from the University of Tasmania, she has reported from Australia, Hong Kong, Britain, Egypt and China and freelanced for BBC, CBS, NPR, NZBC and Hong Kong radio.

Helene Chung is a confident, precise and captivating public communicator. All the years in radio and television have invested her with real charm and persuasiveness... She confirmed this during a panel discussion I chaired on the experience of ABC correspondents in Beijing.
The Honourable Bob Carr
Former Foreign Minister
Professor

With China emerging as a world power, Ms Chung's detailed knowledge of the country, its politics and its people comes across in her articulate and amusing presentation, during which she engages with her audience in a relaxed and informal way. I have not heard better in the 25 years that I was based in Asia.
Former Group Chairman
Maunsell International Consulting Engineers

Your presentation was so interesting, very topical, very entertaining and well presented. You were very relaxed and responded well to our audience and their questions. We had fabulous feedback from our clients who thoroughly enjoyed your presentation.
Director
Hayes Knight Melbourne

A provocative, stirring and pertinent story. Interesting and engaging, especially for students who may not be so aware of the level of prejudice that migrants encounter.
Head of Senior School, Welfare
Geelong College

A thoroughly professional presentation … I wish the lessons I sat through at school on modern Chinese history had been half as interesting and engaging.
Former China Head
Radio Australia

Lazy Man in China is a China book you read through in one go... a very intimate China reportage that is personal and conversational...  a wistful love story...  value for those who study China, or who just want to know.
Dr Stephen FitzGerald, AO
Australia's first Ambassador to the People's Republic of China

Ching Chong China Girl: From fruitshop to foreign correspondent is the story of how this Australian-born Chinese Catholic school girl became, in many ways, emblematic of the changing nature of Australia ... the spirit, energy and clear-sighted intelligence that eventually took her to journalism ... and on to such iconic programs as This Day Tonight, then to become the ABCs correspondent in Beijing, shine through in this engaging memoir ... conversational, often wry and humorous.
Steven Carroll
Author and Critic, The Age