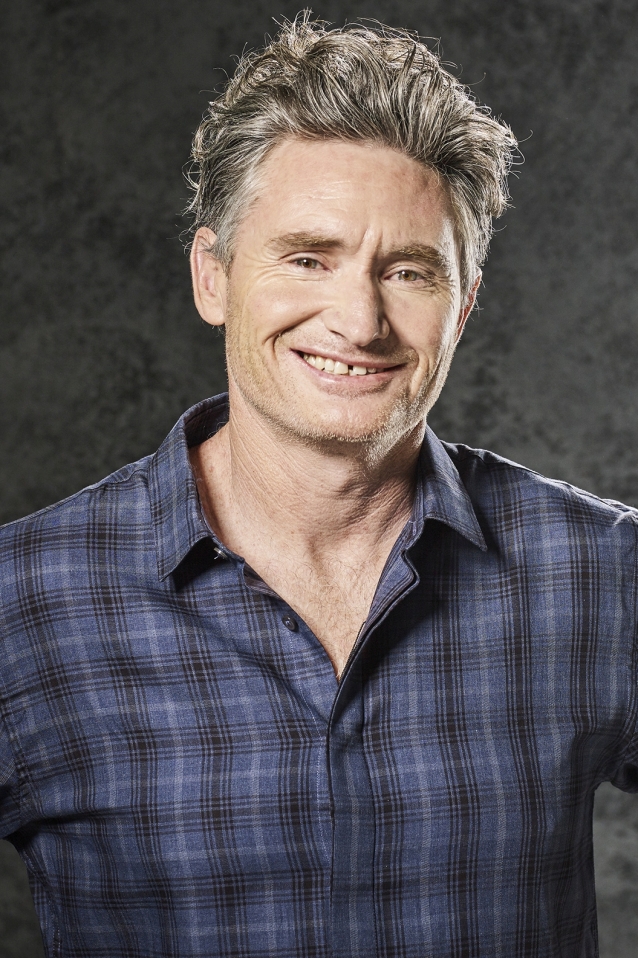 Dave Hughes is one of Australia's most impressive stand-up comedians, radio and TV personality.

A very busy man, Dave's hugely successful television show Hughesy We Have a Problem is back for another season. He can also be seen on the other smash hit The Masked Singer, as host and judge along with Urzila Carlson, Danni Minogue and Jackie O.

He is a rare beast in that every other comedian in Australia is only too ready to sing his praises. A natural and un-mistakably Australian comic, Dave's laconic style thinly disguises one of the fastest comic minds this country has ever seen.

Both Dave Hughes and Dave O'Neil generated smooth and funny banter between one another. Topics that you would not think could produce chatter were delivered with hilarious commentary.
Chevron

We have nothing but high praise for Dave’s work at the RCSA Industry Awards night. We had a packed house – 450 guests for dinner and Dave’s comedy was perfectly executed and he not only delivered on our planned run sheet but improved it.  He happily mingled with our guests and was a delight to deal with. We have nothing but positive feedback.
RCSA

Dave was amazing!! Very funny show and a lovely guy. Really impressed that he hung around to take photos and chat with delegates! Thanks Dave for a great night
212F

Dave really entertained the crowd and hung around for photos.
ActewAGL Retail

Dave was a crowd favourite, his jokes were very well received. He was also accommodating and hassle-free to deal with on the day. Highly recommended.
National Electrical Contractors Association (NECA)

...one hilarious dude...70 minutes of relentlessly entertaining sarcasm and self-deprecation
The Age

Hughes has become one of the most appealing, and most powerful, comics around.
Sydney Morning Herald

Dave Hughes is one of the funniest men in a city that has produced many of Australia’s funniest people.
Sunday Telegraph

Hughes had a good time and the audience was in stitches. Mission accomplished.
The Age

Hughes is skilled, appealing to all and always in control. Excellent.
The Age

A quality stand up with a genuinely beguiling quality.
The Age

Hughsey at his outstanding best, so many laughs, local content that made our guests feel like it wasn't just another gig, well played Hughsey - a most memorable night on the Sunshine Coast event calendar.
SunnyKids