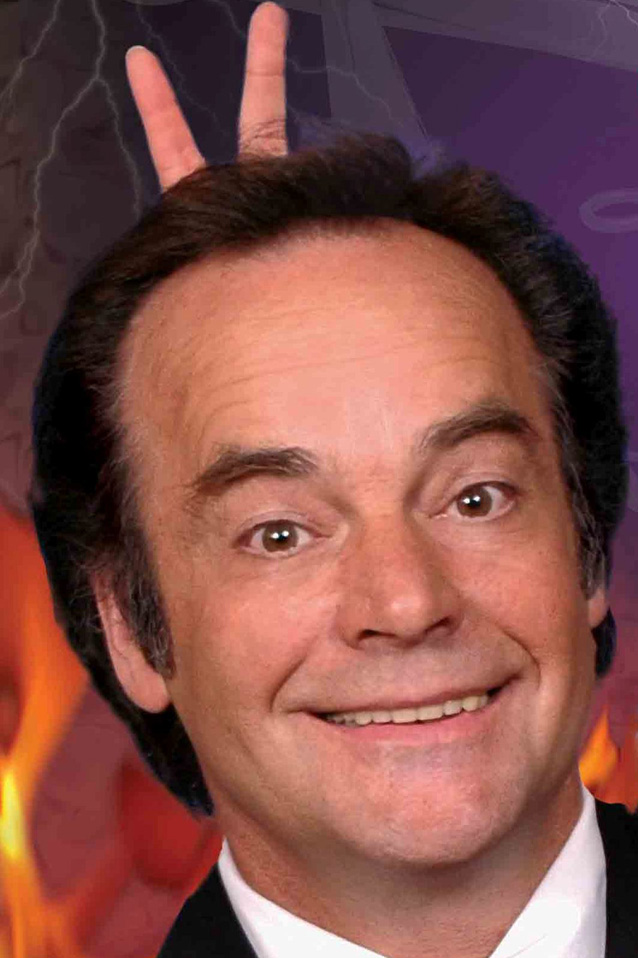 He'll tear up your money, cut off your tie, lift your watch ....and split your sides!! Want to laugh until you cry? Meet Australia's no. 1 Corporate Comedy Magician... Phil "Trust Me" Cass.

Sensational, had the room in stitches, had everyone’s undivided attention for an hour.
Petries Mitre 10 Group

One of the funniest shows l have seen in a very, very long time! The linchpin was Phil Cass, whose mingling of magic, prestidigitation and comedy had tears streaming down peoples' eyes. He assaulted our collective funny bone ... I laughed for so long and so hard that by the end of it, it was almost a relief to stop laughing.
Courier Mail

You're in for a pleasant surprise when you see this entertainer perform. A clever combination of skill, personality, snappy one-liners and the ability to hold an audience in the palm of his hand, makes Phil Cass' cabaret show an extraordinary experience.
The Sydney Morning Herald

You're in for a pleasant surprise when you see this entertainer perform.  A clever combination of skill, personality, snappy one-liners and the ability to hold an audience in the palm of his hand,  makes Phil Cass' cabaret show an extraordinary  experience.
The Sydney Morning Herald

Excellent.  Phil was absolutely fabulous.  His humor and magic was unbelievable and he made the night a complete success.
Hawkesbury City Council

Excellent.  Phil went over really well with the audience, they thoroughly enjoyed his performance.
Cetnaj

Phil engaged the audience with his unique magical style.  His audience were laughing at his comedy and in awe of his magic.
Liverpool City Council

Phil was very entertaining and many delegates have commented on how great he was.  He had the audience in the palm of his hand, captivated with his performance.
James Hardie Building Products

Excellent.  Phil is a fantastic magician and combinded his presentation with good homour.
National Institute of Accountants

Phil Cass performance was excellent and had even the sceptics baffled and amused...
Kra-Mar Pet Supplies Pty Ltd

Excellent… the third show that Phil has done for us and each one has been very enjoyable. All our customers who attended found his show to be extremely entertaining. The good will that this promotes for us as a company is very important.
Kra-Mar Pet Supplies Pty Ltd

As usual Phil was the consumate professional, with an uncanny ability to completely read the crowd and his victim. A success.
Nestle Limited Australia

Phil Cass was the BEST!! He was entertaining, funny, quick witted and had everyone involved in the act. Well worth the money spent and he was on stage for a long time which pleased everyone.
Agility

The crowd was extremely pleased with Phil Cass. As a function that has been running for the past 21 years - we have sometimes had entertainment and sometimes not. Many people were still talking about the entertainment two days later so he must have been a hit.
ACT Sport

Excellent Phil provided a fantastic show at our hard goods Conference on the Gold Coast. The show was thoroughly enjoyed by all who attended and those who didn’t and have heard about it, are extremely envious that they missed out! The show was beyond all expectations, not only were the people on stage involved, but also the audience, what a fantastic night.
Rebel Sport

Excellent. Phil had me in tears within minutes of starting his performance.  We gasped when he cut one our of guests ties but amazed us when it magically returned as it was.  The interaction with guests and his quick wit was a highlight.  Fantastic and would not hesitate in recommending him to anyone.
Schneider Electric