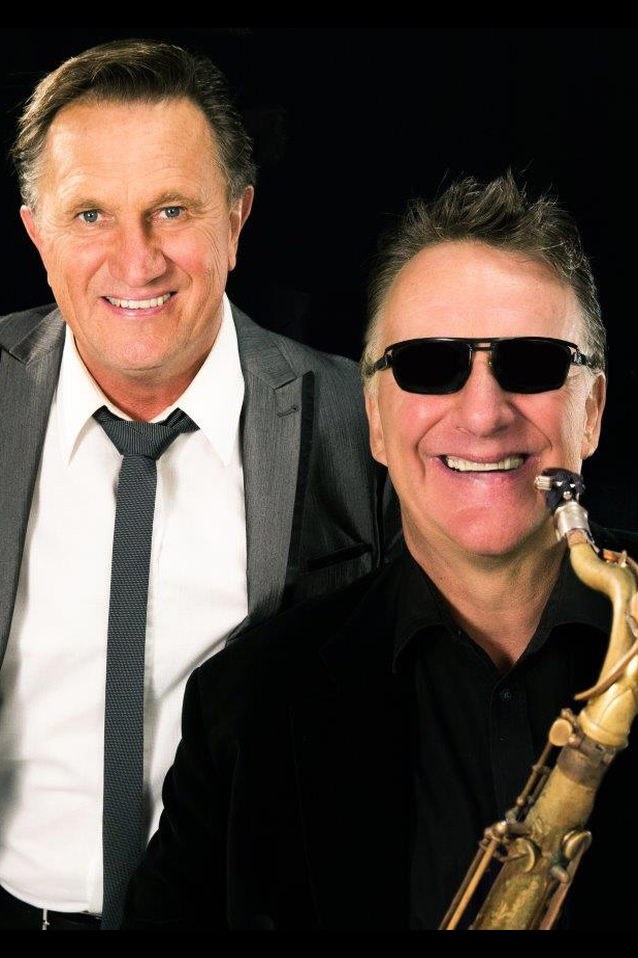 Take two legends of Australian Rock and Roll who also just happen to be legends of television shows like In Melbourne Tonight, Underbelly and Hey Hey Its Saturday, put them on stage with a hot band, and you have the recipe for superb, crowd pleasing entertainment.

Back doing what they do best, Frankie and Wilbur will have you dancing and singing along to the hit songs of OL’55, the multi-platinum band that launched them onto Australian show business and into the hearts of Australian audiences, and a whole lot more knocked out 1950’s nifties.

Songs like Looking for an Echo, Diana, Eagle Rock, The Wanderer, Get a Job, This Little Girl, Twistin' the Night Away and much more great Rock and Roll, presented in a energetic and hugely entertaining stage show that can best be described as “controlled mayhem”.

Frankie and Wilbur have enjoyed careers that have traversed the entire spectrum of show business- film, television, stage, theatre and radio, but now they are returning to where it all began, live on stage playing great rock and roll.

Frank was a great MC, funny, and coped with our many changes and late notice. His great relaxed attitude was very much appreciated, it was great t work with him.
Leishman Associates

Excellent.  Frank was excellent in the role of MC as well as entertainer.  He was very enthusiastic with lots of energy.  Very positive feedback from guests.
Beyond PR

We received many complements on Frank’s performance at the awards, both as host and as entertainer when he joined local band The Giant Hamsters.  Frank gave the evening a personal touch by taking the time to dine with our VIP’s this was greatly appreciated and well noted by all at the table.  Frank was able to capture the fun mood of the evening while also carrying through the important message of workplace safety.  His enthusiasm helped make the evening enjoyable for all our guests.  Importantly, Frank was easy to work with and we found him helpful and professional at all times.
Beyond PR

Excellent.  Frankie was excellent as both an M.C and entertainment.  Had many clever comments during the night.
IGA Distribution

Frank Holden was outstanding – he took our event to a new level.
APPEA Limited

A delight to work with, a true professional, a brilliant performer, one of the best, couldn't recommend him highly enough.
hoo marketing