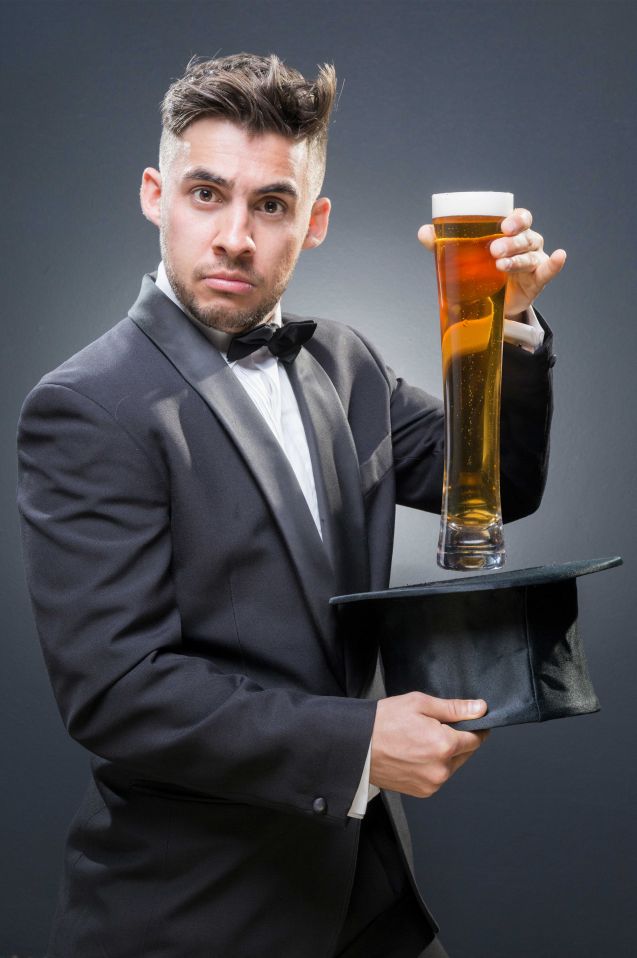 Dom Chambers (The Illusionists on Broadway, America's Got Talent, Penn & Teller: Fool us) is an internationally award-winning illusionist and comedian, known for his modern take on magic, his viral internet videos - and making beers appear from thin air.​

His internet videos have been viewed over 100 million times and his magic has appeared on many major TV networks across the globe.

He's also one of the most exciting and dynamic corporate entertainers in the country.​

Hilarious, modern and mind-blowing, Dom's show is guaranteed to knock the socks off your employees and clients, leaving them buzzing and talking for months to come.​

Featuring his world famous routines - The Appearing Beers, The Siri Act, The Blender, and more - the show has been specifically tailored to sit down dinners, end-of-year functions, awards nights, galas and clients' evenings, making it the perfect addition for your corporate event.

So good! So good!
Penn & Teller