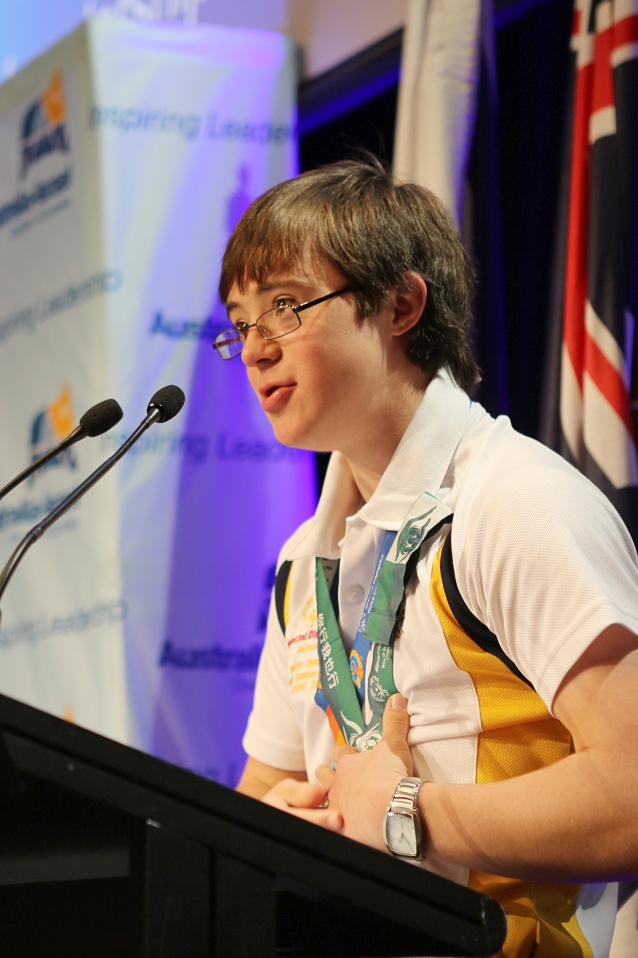 Chris Bunton is a proud Gymnast who has been part of Special Olympics Australia for 13 years winning gold medals at two Special Olympics World Summer Games. During his career as an elite Australian athlete, Chris has also been a finalist in the NSW Sports Awards and NSW Gymnastics Awards.

Outside of sport Chris has a promising acting career, making his debut in 2015 feature film Down Under. Later in 2017 he will appear on Nine Network hit show Doctor Doctor and his second feature film.

Chris has completed his HSC, graduated university and acts as a mentor and coach to young gymnasts. He sees no limitations to what he can achieve and is an inspiration to all who are lucky enough to spend time with him.

I recently worked with Chris Bunton on my feature film ‘Down Under’. He is one of the hardest working people I have collaborated with on any of my projects. Chris was thrown into the deep end, working with some of Australia’s most experienced actors. It was amazing to see him rise to the occasion and deliver a performance that became the beating heart of the film. Chris’ understanding and interpretation of the role of Evan, raised the integrity of my story and made it all the more powerful for the audience. He is a hardworking, articulate and intelligent man, with a brilliant outlook on the world. I feel very lucky to have met him, in what I consider to be the first of many collaborations in the future.
El Guapo Films

Chris is an amazing individual who's drive and determination has led to him achieving more than most would of believed possible. He is a true inspiration
General Manager
Narellan Pools