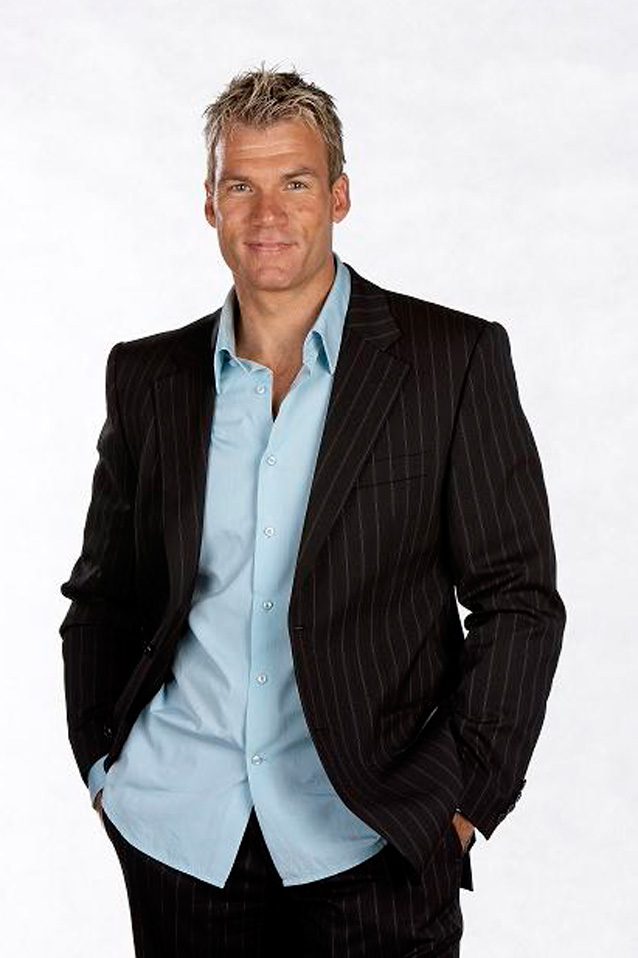 A former AFL footballer with a success career spanning 14 years, Champs played with the Brisbane Bears/Brisbane Lions before his retirement at the end of the 2000 season.

Champs' multi-talented personality saw him win $30,000 in an AFL Talent Show on Channel 7 for his very impressive impersonation of Jimmy Barnes, and he also competed in 7's popular It Takes Two.

You can hear Champs on Triple M calling the Lions and Suns AFL games and has been a Channel Seven personality for over 14 years appearing on Sports Scene, Seven News, The Great South East and currently presents Lotto.

Champs is a people person and loves nothing more than interacting with his audiences as a professional MC and keynote speaker with entertaining stories and a few surprises!

Richard first came into contact with the Jetts Network in 2013 as the Master of Ceremonies for our National Conference in Fiji. Based on the success of our 2013 Conference we reengaged Richard the following year for our National Conference on Hamilton Island. On both occasions we were delighted with Richard’s effort, in particular the way in which he engaged with our 300+ strong audience. Richard was always well prepared and he was confident and humorous with his delivery. Of particular note was the way in which Richard became part of the Jetts family over the course of the Conference as he took an interest in our business and our people. Richard took on board what we were trying to achieve with our Conference and worked as an integral part of our team as he linked content and sessions and provided the flow and energy to inspire our audience.
General Manager
Australia Jetts

Richard is an electric and entertaining speaker.  His adaptability and professionalism means he is our go-to person for MC roles and guest speaker.  His background in football and television presenting means that he has plenty of stories and always presents in a fresh and exciting way.  Richard is always prepared for the job and exceeds expectations – we highly recommend him!
Managing Director
Principal Consultant, made4media

I have had the pleasure of working with “Champs” in 2008 for the Queensland Rail Silver Spike Series.  Richard was the MC for the event series, briefings and dinner engagements, he is a hard worker and very personable.  I would highly recommend Champs for any type of speaking engagement. He immerses himself into the subject matter of the event and puts the client at ease.
Marketing Strategist
Event Producer

Endeavour Foundation has hired Richard or ‘Champs’ for multiple charity events. Champs is charismatic, engaging and a pleasure to work with. I would have no hesitation in recommending Champs for any event.
Strategy and Engagement Manager
Challenge Community Services

The man has charisma in spades and is a true professional.
Marketing Creative
huiamaree.com

Richard was an Excellent speaker and done really well on the night.  Everyone was very impressed and thought he was the best speaker we have had yet. He even sung us his Goodbye to Akker song, which was awesome. He definitely captivated the audience.  Nice bloke all round and would recommend him to anyone for a speaker.
Backwater Mine

Richard was simply outstanding. He was very professional and entertaining whilst also delivering an important message to the audience. His delivery was well tailored to suit the audience and was well received. I would highly recommend Richard to others looking for a suitable speaker. Everyone enjoyed his 'tribute to Acker'.
William Ross State High School

Excellent. Entertaining, inspirational and down to earth.
Allight Pty Ltd