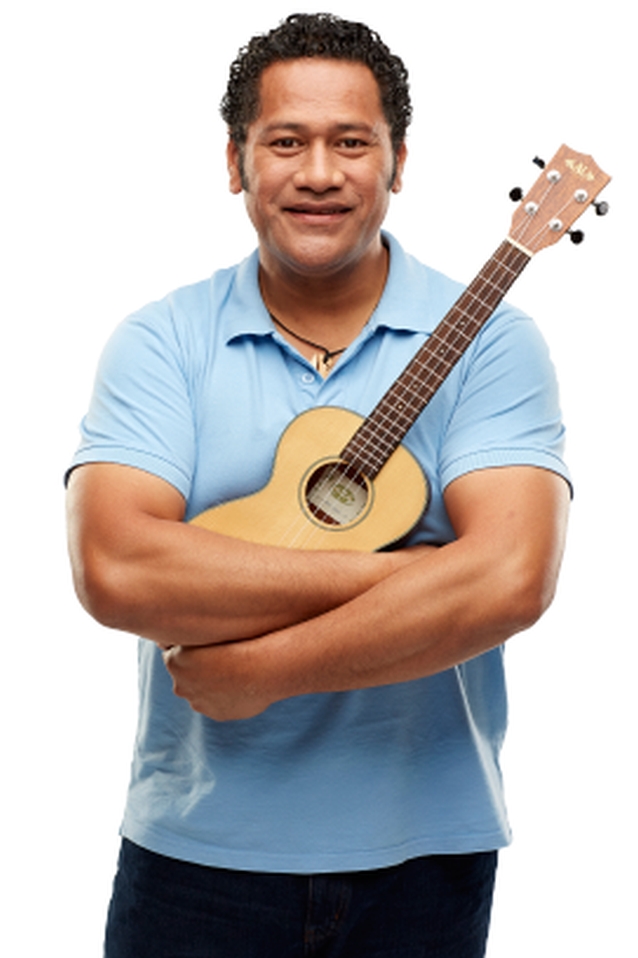 Children's entertainer, musician and actor, Jay Laga'aia is a highly in demand MC and a passionate advocate of early childhood education and literacy.

He has starred in Nim’s Island and Star Wars. His television credits include Fighting Season, Home and Away, Bed of Roses, Legend of the Seeker, Xena Warrior Princess and Play School. He performed in Peter Pan Goes Wrong, played the title role in Shrek The Musical and the Ogre in Puss in Boots.

Jay has written and recorded numerous albums and performed his music with Queensland, Melbourne, Western Australia and Sydney Symphony Orchestras and starred in the Sydney Opera House Classic Christmas Concerts.